The day trip from Rome to Pompeii and Sorrento is a “must do” for everyone who loves Italy. You’ll be amazed by this two outstanding cities, both situated in the Campania region, famous for its landscapes and peculiar towns.

Every tour is scheduled by you to accommodate your desires but our suggestion is to start at 8:00 a.m. from your accommodation in Rome where your professional English speaking driver will be waiting for you to talk about your preferences and needs for the tour. At the end, usually after 12 hours you’ll be brought in Rome and dropped off at your chosen destination.

Pompei, the most famous archaeological site in the world will give you a hauntingly beautiful and detailed insight into the ancient world of the Romans as it was two thousand years ago. Life in Pompeii came to an abrupt halt and was stopped in the middle of its everyday activities by the eruption of Mount Vesuvius on August 24, 79 AD. Pompeii was a thriving commercial port in southwestern Italy and the second largest city after Rome when it was buried under tons of ash and lava. It remained lost for about 1,300 years until its discovery in 1738 that led to excavations which continue even today. The lava covering allowed the extraordinary conservation of this ancient town and its artifacts that have been well preserved for so long due to lack of air and moisture, like an insect in amber. Along the distressed cobblestone streets, you can walk in the footsteps of the ancient locals and venture through the well-preserved ruins of once impressive villas decorated with vivid frescoes, apartment buildings for the working class, bars, bakeries, stores, and workshops. Even the smallest and most fragile objects of daily use have survived, along with wall paintings, floor mosaics, precious jewelry and household utensils. The most famous aspect of Pompeii's ruins is no doubt the hundreds of plaster casts that archeologists have made of the volcano's victims.

The public buildings in Pompeii

The Antiquarium preserves works from the pre-Samnite period through the first century of the Roman Empire.

The Temple of Venus

The Basilica – center of economic and judicial life, dating from 120 AD. It is a rectangular building divided into 3 naves by robust columns in brick.

The Temple of Apollo – beneath the stairway is the altar, whose inscription dates to the Republican era. The two bronze statues along the portico represent Apollo Sagittarius and Diana, copies of the masterpieces which are in display in the National Archeological Museum in Naples.

The Forum – a large rectangular piazza -was in the center of Pompeii’s religious, social and economic life. On the northeast part of the Forum was located the Macellum, the covered market for food and staples

The Temple of Jupiter – a very large sacred building, built on a podium with a double set of steps. Here was found the Colossal Head of Jupiter (now in the National Archeological Museum in Naples).

The Open Theatre – built between 200 and 150 BC to held 5.000 spectators in the Augustan era; it was covered by a velarium. Comedies and tragedies were acted here. Only free citizens were allowed to the theater and all the representations were sponsored by the rich people.

The Small Theatre (Odeon) – built in the early Roman period, was covered by a permanent roof made of wood and it had a capacity of 1000 spectators. It hosted musical events and mime performances.

The Amphitheater in Pompeii is the oldest surviving Roman amphitheater. It was built at the private expense of two magistrates following the Roman conquest and colonization of the town.

It used to accommodate 20.000 people of all social classes, who gathered at the Amphitheater mainly for gladiator combats, which were very popular among the Roman people- as the numerous graffiti spread through the town tell us. A velarium protected the crowds from sun and rain.

In 59AD, Emperor Nero put a ten-year ban on gladiatorial contests in the city after riots broke out amongst Pompeian spectators and those from nearby Nuceria.

A visit to Pompeii hardly ever lets you down. But to have a really successful time there are three essentials apart from wide-open eyes:

Sorrento peninsula has a landscape unique in the world, where low and high hills, deep valleys and majestic mountains alternate, where the man’s work - who levelled even the most impervious areas, transforming them in the famous terraces degrading towards the sea, on which he cultivated orange and lemon trees, olive groves and vineyards - has been grandiose. These are the delightful gardens that in spring time exhale a stirring scent of orange - blossom. The mild and dry climate for the most part of the year makes Sorrentine peninsula the ideal destination in every season. This small town is wonderfully located over white steep cliffs and offers a fantastic view over the Bay of Naples. On a natural terrace of tuff rock, this place was beloved by Emperor Augustus and many Romans during the Imperial Age as well as celebrated by famous writers such as Plinius and Horace. For 2000 years already visitors from all over the world have been attracted to Sorrento by breathtaking sunsets and fragrances of orange and lemon gardens. Sorrento is well known for its splendid big lemons. Typical products from Sorrento are produced with these "Limoni": Limoncello, a very tasty lemon liqueur, lemon chocolate, lemon scented candles or lemon soap. In Sorrento you will have free time on your own for a relaxing stroll through its narrow streets lined with galleries, restaurants, cafes, and boutiques featuring an abundance of local products and fine souvenirs such as ceramics, marquetry, and lacework.

The price includes the private deluxe vehicle with a professionally licensed English speaking driver, VAT tax, fuel, insurance and parking fees.
The price does not include entrance fees, lunch, gratuities, tour guides, or other client personal expenses.
Tour drivers may not guide guests inside the sites and will be obliged to remain with the vehicle while you sightsee.
We recommend adding the extra service of a private guide and getting fast track tickets for Pompei. Please contact our office for more information.
Please note that Pompeii is closed December 25, January 1, and May 1. This itinerary is not available on those dates.
Please allow up to 1-2 business days for all email inquiry replies and service confirmations.

Payment for the tour will be made in cash at the end of your journey. We only accept Euro and USD, if USD we will give you the conversion rate of the Euro Dollar exchange rate for the tour day increased by 6/7 cents. You may also pre-pay in advance via PayPal. Just inform us via email if you would like to prepay. We do not accept credit card payment.

We operate on the Honor System, so we kindly ask that cancellations be made at the minimum 7 days in advance so we can rebook the service and your reserved driver does not lose work for that day. 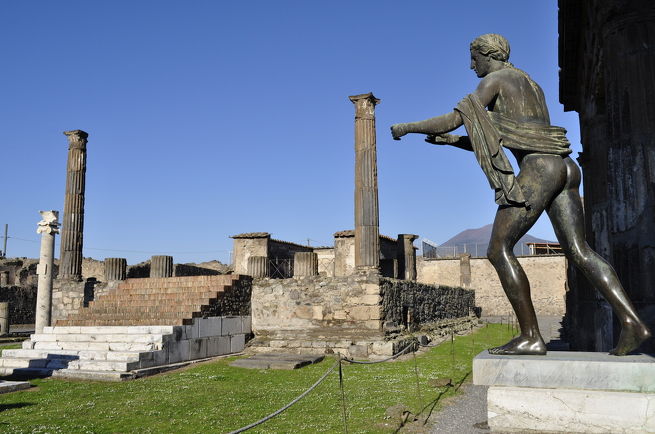 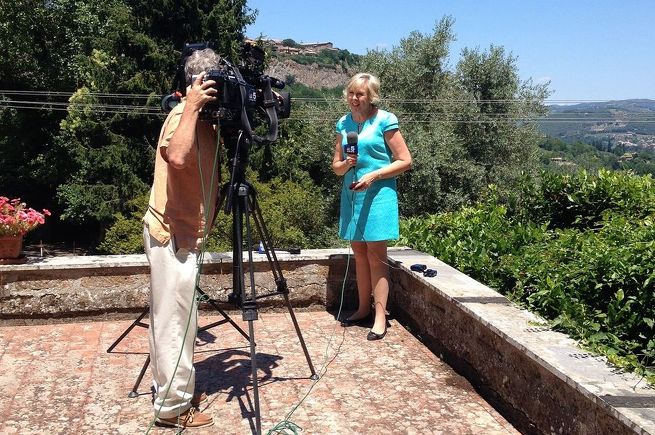 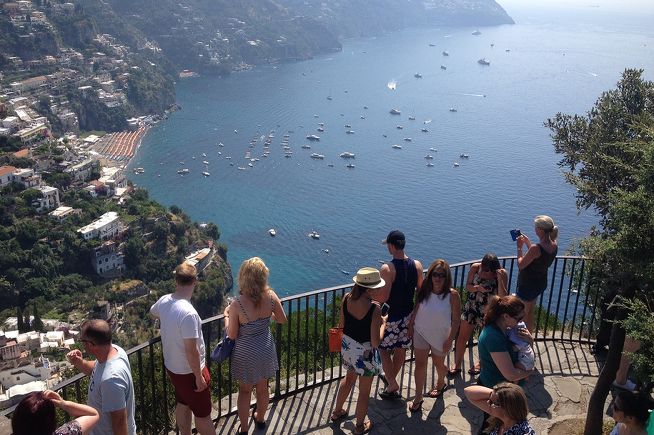 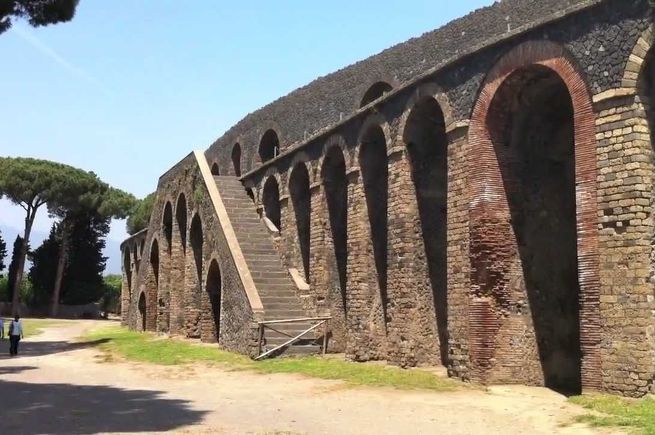 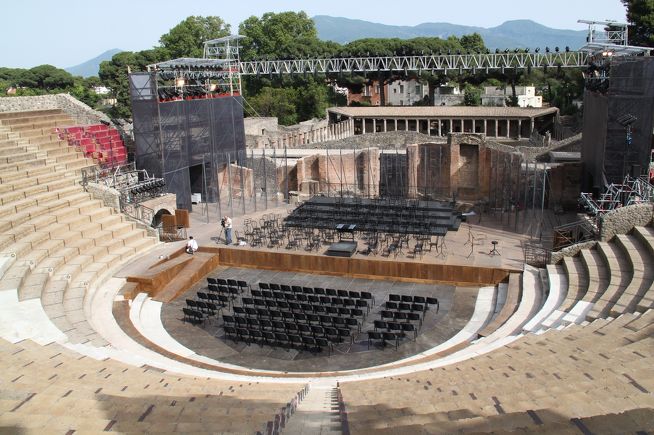 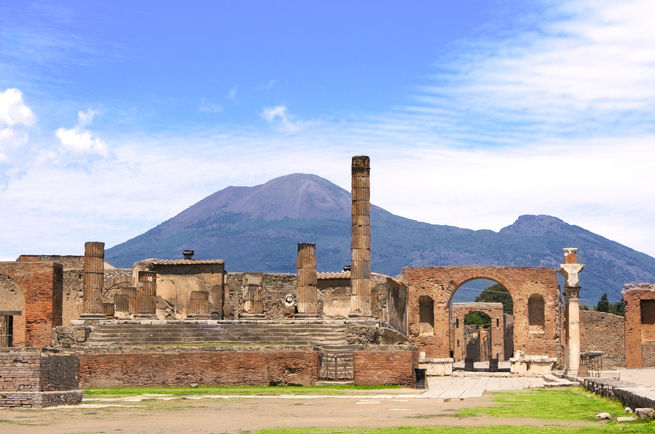